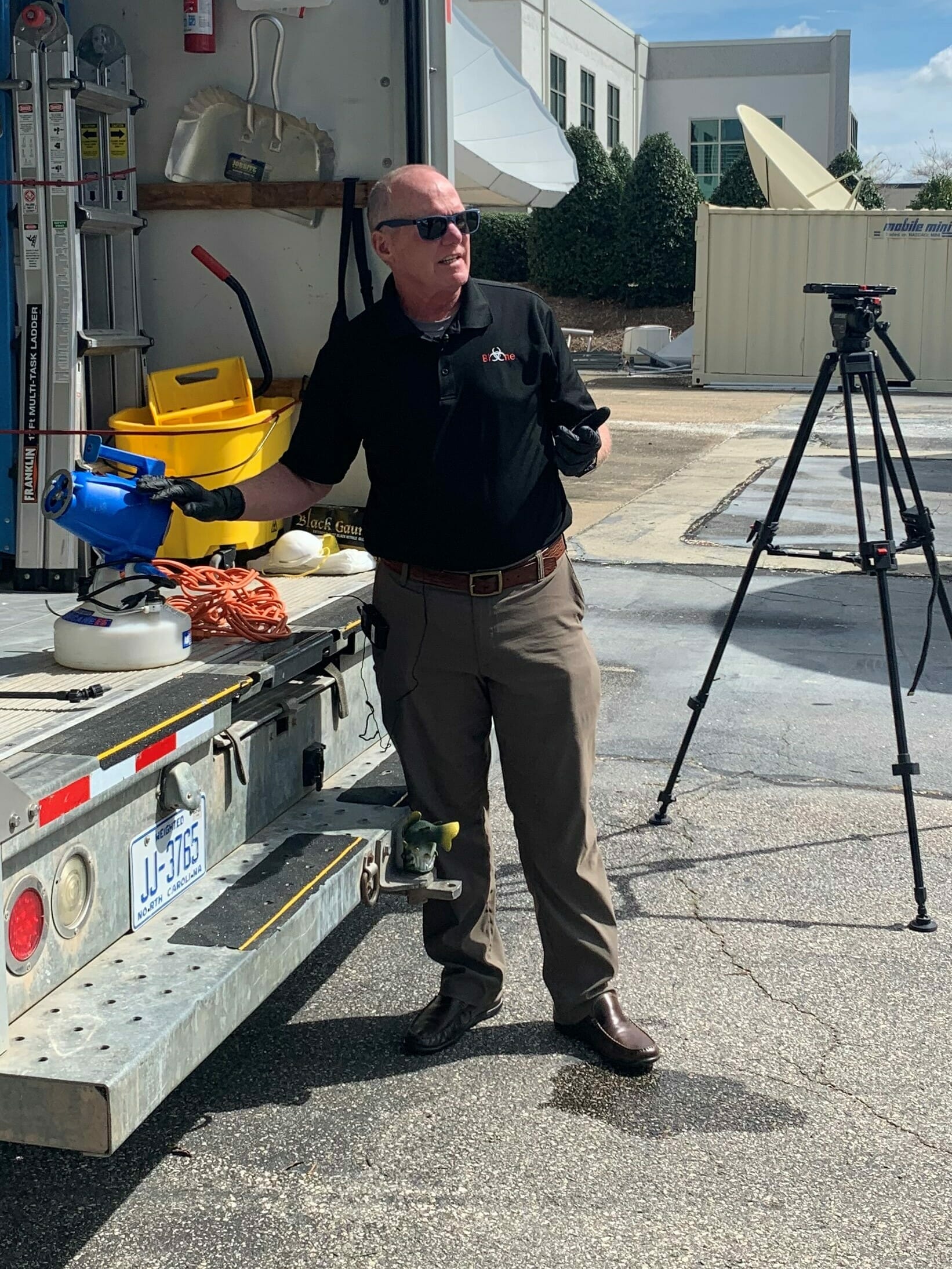 RALEIGH, N.C. (WNCN) — Calls for sanitation cleanings are ramping up everywhere in the Triangle due to the coronavirus, says one Raleigh cleaning company owner.

“The type of calls that we’re taking in the last week or so which seem to be ramping up are from companies, schools, churches, towns, and villages in this area,” says Rick Jacobs whose Raleigh company Bio-One is already busier than usual because of the coronavirus.

“Nobody really knows how long it’s going to last or how far it’s going to spread. But as far as we’re concerned it’s the same process to disinfect and it is a virus. Some people think it’s not that hardy that it kills pretty easy. I hope that’s true. And so we go in and we kill it and we disinfect and we take our safety procedures,” says Jacobs.

To kill coronavirus, Bio-One uses a proprietary chemical that includes sodium chloride which is essentially an active sea salt ingredient that creates a hospital-grade disinfectant. Jacobs says, “it kills 99.99 percent of viruses, bacteria, tuberculosis, fungicide, mildew stat. It kills everything.”

To show us just how it’s applied we lent a meeting room inside our news station to their technician Blake Taylor.

After suiting himself up to protect from any potential bio-hazard, Taylor got to work. The fog spray sends tiny electrically charged particles out into the air which then attaches themselves to surfaces.

Jacobs explains, “it’s better to leave it on and let it be effective right where it lays. The kill time where these chemicals need to be on surfaces is typically anywhere from three to 10 minutes so we like to spray with those types of products because you don’t have to go back and you don’t have to wipe them down.”

It’s the same process they’d use if a business, school, public facility or even your home. Whether it’s as a preventative measure or as a response.

“Just kill it make sure it’s gone. Employees come in and work we know everything’s been disinfected,” says Jacobs.